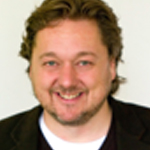 Pete is a British writer who specialises in making people thirsty. He is the author of twelve books and writes for drinks trade and consumer publications around the world. A former marketer himself, he also consults widely to the drinks industry on marketing, brand positioning, consumer trends, portfolio development and NPD. He is a former chair of the British Guild of Beer Writers, and was named Beer Writer of the Year in 2009, 2012, 2016 and 2021. 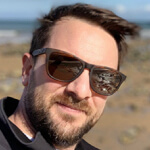 Toby 15+ years experience building and activating marketing plans for some of the biggest brands in beer. Previously as an MD of a drinks specific marketing agency,  Founder Brew//LDN and technology start up BrewBroker Toby has been around and helping build this industry for his entire professional career with a unique viewpoint. An award winner himself, he has also previously been a judge for the IPM awards. 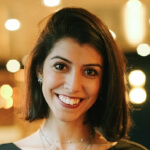 A PR and Marketing Strategist with a wealth of experience in the English, Italian and Brazilian markets. She's been part of the Corporate and Digital communications team for PepsiCo in Brazil, and has worked as a PR for brands like the Chilean winery Matetic for the LATAM market and Gente de Mezcal, for the English market. Today she's the Marketing & Communications Manager at boutique agency Goho, managing PR & Marketing for drinks brands, events and more. She's happiest with a pint of Pale Ale in her hand. 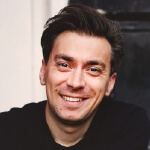 Matthew Curtis is an award-winning writer, photographer and podcaster, who, along with brewer Jonathan Hamilton, is the founder of consumer food and drink publication Pellicle. Based in Manchester, England, Matthew has been writing about beer for over a decade, contributing to several publications including Good Beer Hunting, Vittles, Pipette, Novara Media, Ferment, BEER and many others. His most recent book, Modern British Beer, was published by CAMRA in August 2021. He has a deep love for all things beer, and is as equally enamoured with a glass of fresh West Coast IPA as he is with a good pint of Bitter.

Premium site trade stand on the Thursday to network from, hold meetings, and interact with our attendees to the talks and workshops.

Your brand will be on show for the Beer & Marketing Awards as a sponsor of one of our categories.

You have full access to the 4,000 trade attendees who will be there on Friday for our all day trade session!